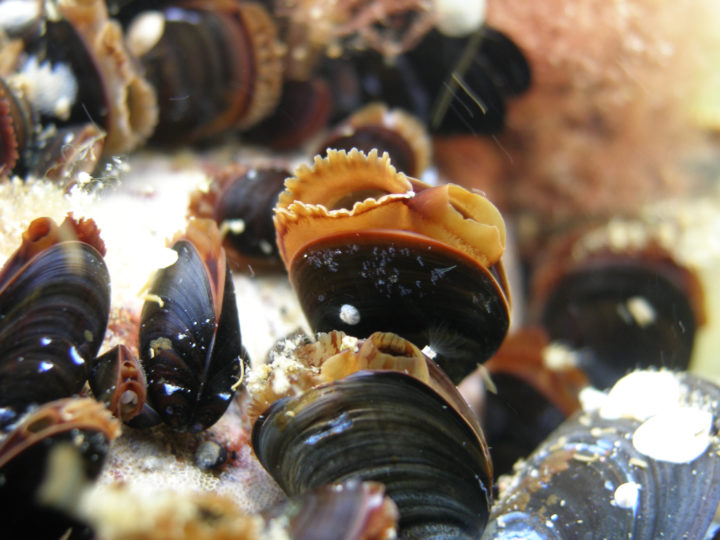 Blue mussel (Mytilus trossulus x edulis) is one of the species living on the very edge of their survival in the Gulf of Bothnia. The distribution of the blue mussel is limited by salinity which in the Kvarken area decreases drastically. For this reason, blue mussels occur considerably deeper where salinity level remains high enough. Generally blue mussels form dense colonies on hard rock bottoms but in the Gulf of Bothnia single individuals are not rare and due to low salinities mussels are smaller than their southern relatives.

Climate change will increase precipitation approximately by 10-15 % (Laamanen, 2016) in the future, which further decreases the salinity in the Gulf of Bothnia. What will the future look like for the blue mussel? That is one of the questions we are going to answer in the project ECOnnect. Dive into the video below and see where our current northernmost blue mussel is hiding.